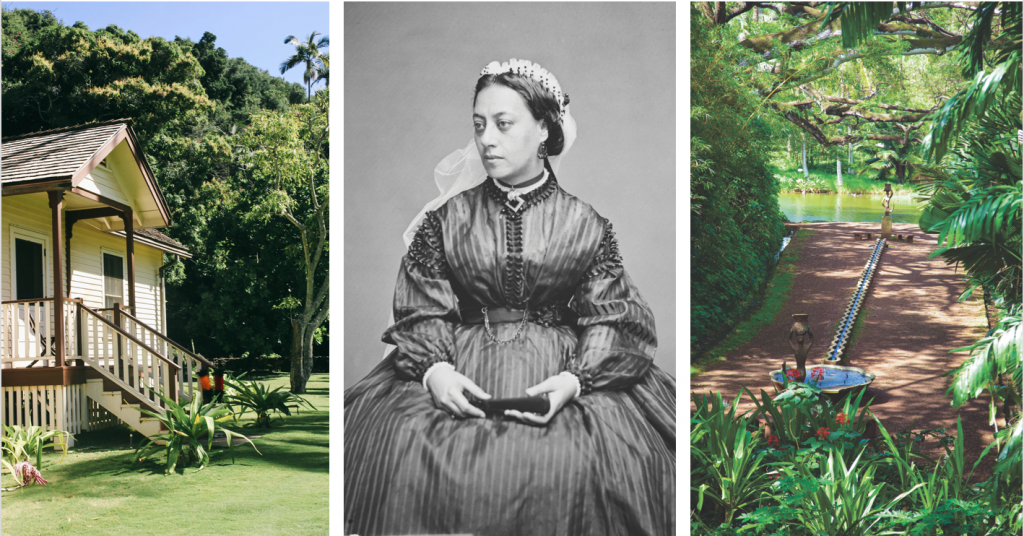 From a Queen’s place of solace to becoming a living lab to a host of native Hawaiian plants, McBryde and Allerton Gardens are lush havens of beauty and history.

LAWA`I VALLEY has an almost magnetic beauty. In ancient times, it was likely an important fishing site—evidenced by the ruins of a shrine and the beachside hill called Pu`u Kilo I`a, fish spotter’s hill. In 1870, one of Hawai`i’s last monarchs came to live on Kukui‘ula land in a humble cottage. After the deaths of her husband King Kamehameha IV and their only child, Queen Emma found solace at planting fruit trees and flowers, including the scarlet bougainvillea that still cascade down the Lawa`i Valley walls.

After Queen Emma’s passing in 1885, the McBryde family purchased the property. The Scottish sugar growers planted sugarcane in the upper half of the valley and leased the remainder to taro and rice farmers. In 1905, Alexander McBryde lowered the Queen’s cottage from Kukui‘ula, just above Kula Makai, down to the beach. When Robert Allerton and John Gregg first saw Lawa`i Valley, they were entranced. It was 1937; the Chicago art patron and his young companion had stopped in Hawai`i on their way home from Australia. The McBrydes had put the property up for sale — a huge, fern-filled gully with its own secluded beach—but Robert wasn’t intending to buy. He already had a massive estate in Illinois to manage. The men soaked up the view, then drove on in silence. By the time they reached Kapa‘a, they turned the car around to take another look.

Ultimately Robert bought the estate, which he and John called Lawa`i Kai. They built a second home beside the Queen’s cottage and began transforming the valley into a world-class botanical garden. John designed five garden “rooms” with resplendent water features, foliage and sculptures collected during their world travels. The Mermaid Room features two mermaid sculptures at either end of a narrow water staircase. Water cascades down the steps at a rate of approximately 54 beats per minute—the same as the human heart at rest. The Golden Bamboo Room was reportedly Robert’s favorite. He was near deaf, but able to hear the musical clacking of the bamboo canes. 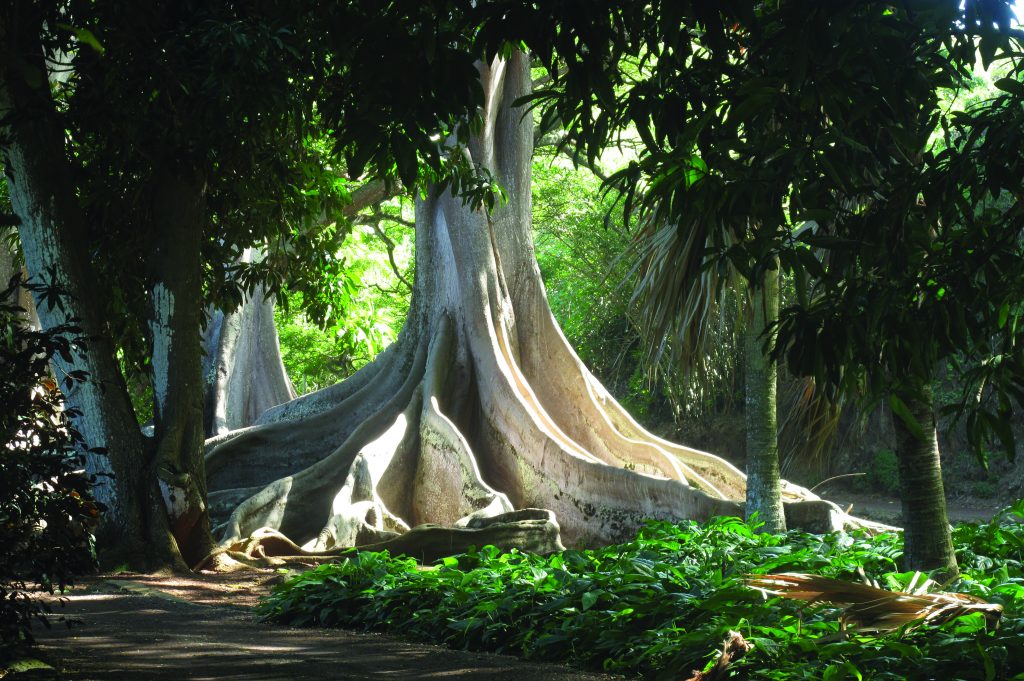 Both the Allerton Estate and Queen Emma’s Cottage are now home to the National Tropical Botanical Garden (NTBG), a network of five facilities in Hawai`i and Florida. Dedicated to the preservation of rare tropical species, the gardens serve as living laboratories, offering access to the world’s largest collection of native Hawaiian plant species and breadfruit cultivars. The NTBG additionally hosts an impressive range of research fellowships, internships, botanical drawing and environmental journalism workshops, and youth adventure camps. NTBG is also home to an impressive library with botanical books dating back to the 16th century.

Sunset tours allow guests to explore the Allertons’ beachfront house. On the way to the valley, the tour bus stops at a scenic overlook. Gazing into the heart of Lawa`i, it’s easy to experience the same awe John and Gregg felt 80 years ago.