We all know Kaua‘i is historically full of breathtaking beaches, waterfalls and swimming holes. Whether you’re exploring the North Shore or the West Side, there are plenty of treasures to discover. Two of the most popular destinations (and often confused) are Queen’s Bath and Queen’s Pond. While they are not too terribly far from one another, the majestic Na Pali Coast separates them. 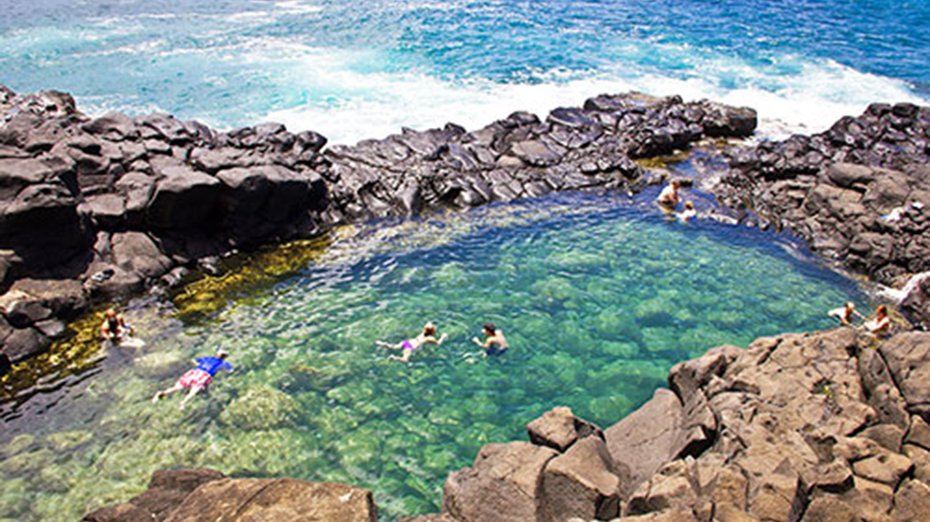 Queen’s Bath can be found on the North Shore of Kaua‘i in Princeville. A natural tide pool surrounded by a lava rock shelf, this unique sinkhole features an inlet where fresh saltwater (and fish) comes in from the ocean. Visitors enjoy taking photos, walking the perimeter, or if the conditions permit it – jumping in and swimming.

The original “Queen’s Bath” was located in Kalapana on the Big Island of Hawaiʻi. It was formed after a lava tube collapsed and filled with fresh water supplied by natural springs. In ancient times only the Aliʻi (Royalty) were permitted entry to the sacred waters. In 1983 Kilauea Volcano erupted and in 1987 the original site was destroyed by lava flow. Only after the original site on the Big Island of Hawaiʻi was destroyed did the location on Kauai become better known as “Queen’s Bath”. This tide pool was used for what it sounds like; it was a royal bathing place. It was also used as a place of relaxation when an Aliʻi needed to “wash off the stress”. (Wikipedia)

Queen’s Pond can be found on the furthest western side of Kaua‘i in Polihale State Park. Polihale, a famed seven-mile stretch of remote beach, offers public access and camping. Located toward the southern end of the park, Queen’s Pond is a shallow pond with a sandy bottom surrounded by protective reef and considered one of the safest places to swim in Polihale. During the winter the beach can play host to large waves and a strong current. The summer becomes calm and inviting with incredibly vibrant blue water. Queen’s Pond is ideal for exploring tide pools. 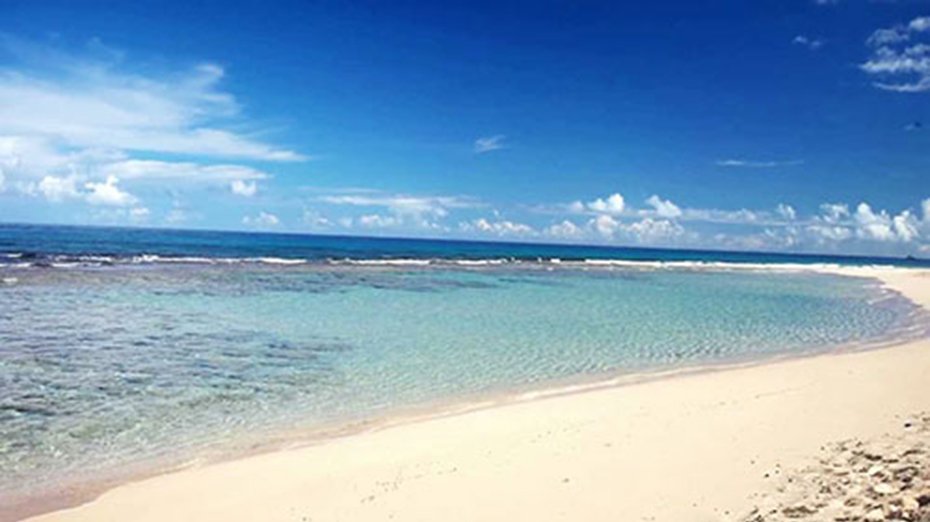 Historically located at the end of an old sugarcane road, Polihale was sparsely populated in ancient times. However there is evidence of early habitats in the caves and nearby valleys. The beach is said to have a strong basis in Hawaiian mythology. What for? Polihale is the site of ancient Hawaiian temple ruins.

These ruins were said to have been built at a point overlooking the ocean where Hawaiians believed the souls of the dead departed for “Po”, the underworld. Hale meaning “House” in Hawaiian, Polihale roughly translates to “House of the Underworld”. While there are no occurrences of royalty bathing in Queen’s Pond, it is a majestic site to behold.