Kukuiʻula: The Story Behind the Name

The life of this land is preserved in its place-names. Let them be remembered.
– Frederick B. Wichman, Kauaʻi: Ancient Place-Names and Their Stories (1998) 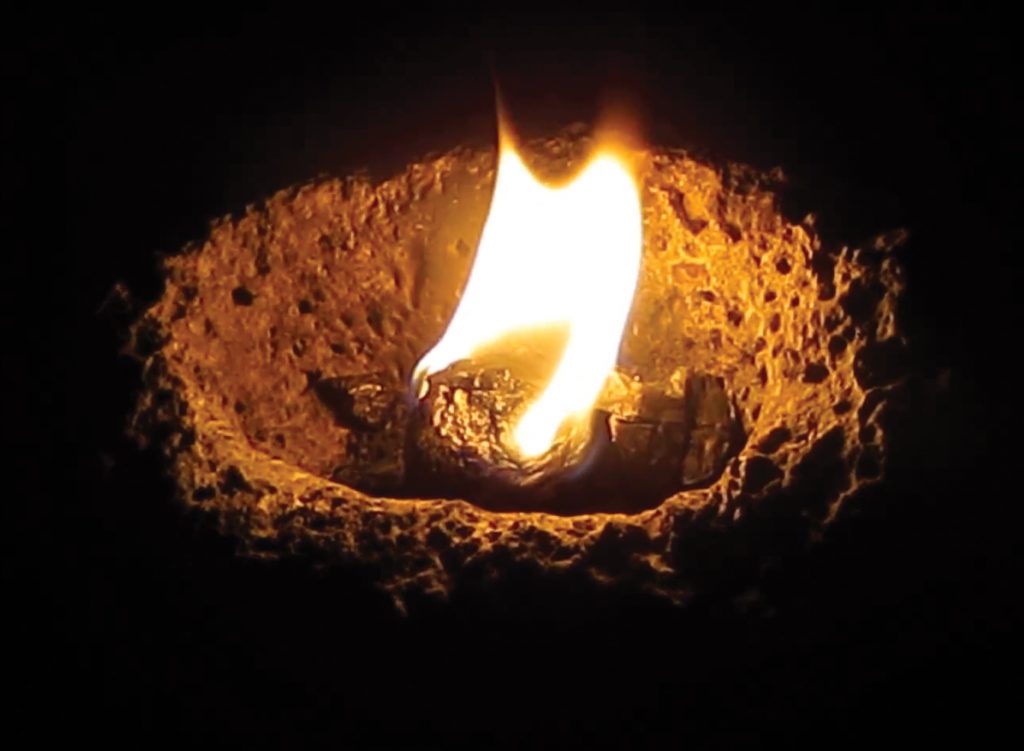 “Kukui‘ula”: it’s an enchanting name for a place, and a community. The name would be no less appealing if it were a relatively recent invention, but it becomes even more of a marvel—a pleasure to see, and say, and ponder—when you know its intriguing backstory.

Kukui refers to Hawaii’s incredibly versatile state tree (Aleurites moluc¬cana), which was one of the prized “canoe plants” brought to the Islands by early Polynesian voyagers. The oil-rich nutmeats have many uses, but as the primary English name (candlenut) suggests, kukui nuts and oil were an essential source of light for early Hawaiians—whether in the form of lanterns, torches, or bonfire-beacons that burned all night, every night, to show the way home from the sea. Eventually, the word kukui came to be a virtual synonym for “light.”

As for ‘ula, in this context it simply means “red” or “scarlet”: the color of fire, and flames. Hence, “Kukui‘ula” is often translated as “red light.” But what inspired the place name, originally?

That’s the fascinating part, because Kukui‘ula isn’t just a spectacularly lovely stretch of land fronted by an idyllic white-sand cove. It’s also the antique site of what may well have been one of the world’s earliest proto-lighthouses: an open-air, lava-rock structure that was used exclusively for building signal fires, high atop a scenic bluff on the spot known to Kukui‘ula’s present-day golfers as the 12th hole. 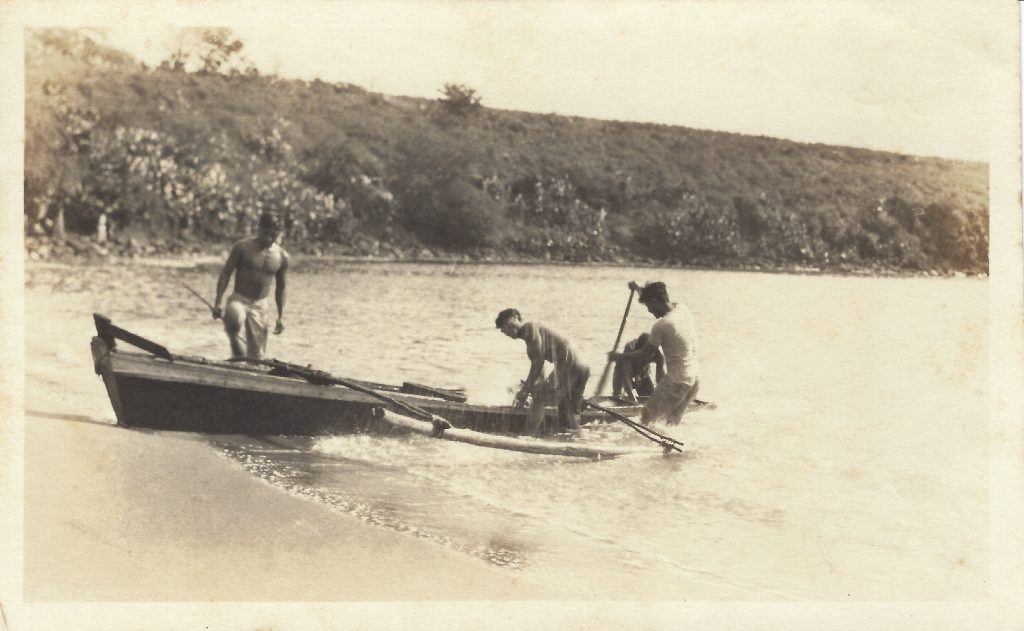 Historians believe that around a thousand years ago, and for many centuries there¬after, three such beacons—lama kuhikuhi, in Hawaiian—were lit nightly along the southern coast of Kaua‘i. (A lama is a light, torch, or lamp, while one of the definitions of kuhikuhi is “to point out.” So, a guiding light.)

One beacon overlooked the Kukui‘ula cove, while another was at Kukuiolono—“Light of Lono”—up the road in Kalāheo. The third signal fire is thought to have been located somewhere closer to the shoreline. Even today, it’s easy to imagine how happy and relieved seafarers must have been whenever that trio of prehistoric “lighthouses” came into view, to guide them toward Kaua‘i’s South Shore.

“I felt such a sense of awe, and honor,” says La‘amea Almeida, a local kumu hula who is the official cultural advisor for The Club at Kukui‘ula. She’s describing the profound thrill of a recent visit to the lama kuhikuhi above the 12th hole, where kukui-fueled signal fires blazed every night, once upon a time.

La‘amea is part of a group of preservationists who are dedicated to making sure that remarkable relic is properly—and lovingly—maintained. “We’re stewards of the land, so we always want to respect the site and treat it with much aloha,” she explains. Only hand tools are used to remove inva¬sive plants such as guinea grass and hale koa, and the structural integrity of the lama kuhikuhi’s lava-rock formations is monitored on a regular basis. 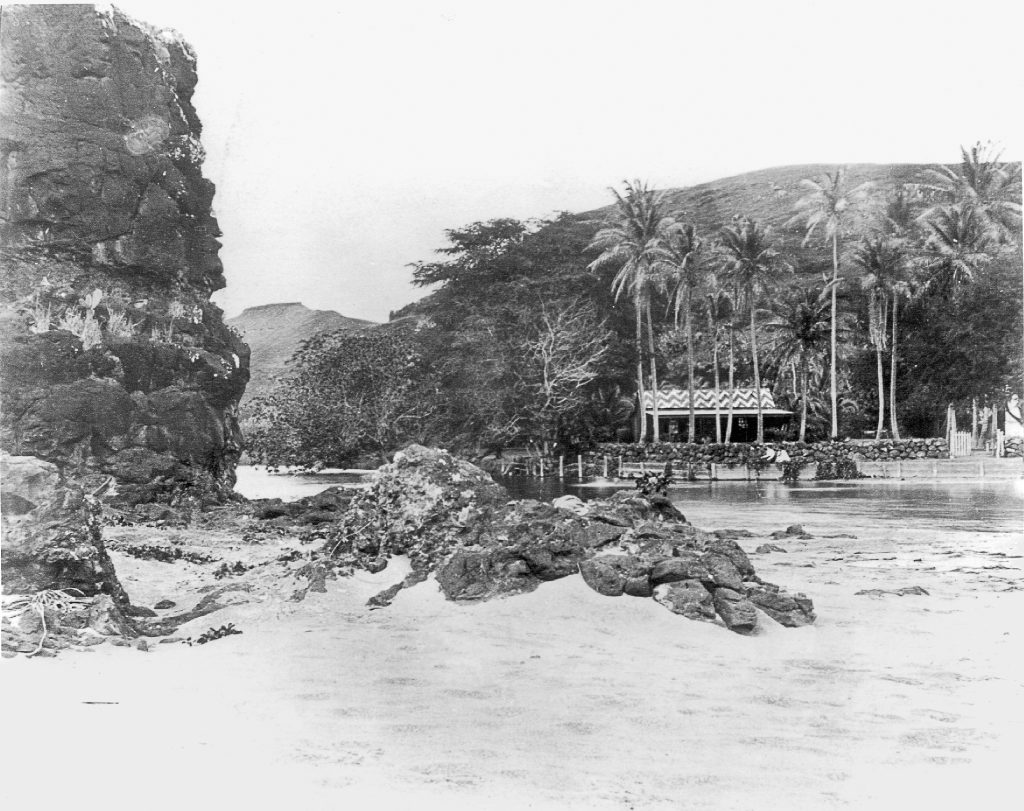 Kukui‘ula’s management and staff share the preservationists’ commitment to protecting the historic “lighthouse,” which will surely offer a dramatic reminder of the region’s heritage (and of the source of its charismatic name!) for many generations to come. In the same spirit of beautiful continuity, the Hawaiian-language scholar Samuel H. Elbert’s words ring as true as when they were first published, nearly half a century ago: “Place names are the most reflective part of aloha ‘āina—[they reinforce] love for the land . . . and in many ways are a vital link to the glorious past.”

As for us, here and now, perhaps the next time we find ourselves on Kukui‘ula’s Great Lawn after dark we’ll pause to reflect on the essential precept of aloha ‘āina: love for the land. And then, just for a moment, we might look up and visualize the night sky alight with the warm, rosy glow of a signal fire . . . the reassuring Kukui‘ula that would have told Kauaʻi’s ancient mariners they were safe at last, and close to home.