Hawai‘i, the 50th state to join the United States of America, is an incredible place (as we all know). With rare and exotic species of plants and animals found only on our red soil, we offer a lifestyle unlike any other. Below are a list of just what make the islands so unique – our official state symbols! From the endangered and protected nēnē goose and monk seals to the multipurpose kukui nuts (for which we owe our name Kukui‘ula), you are guaranteed to discover something new! 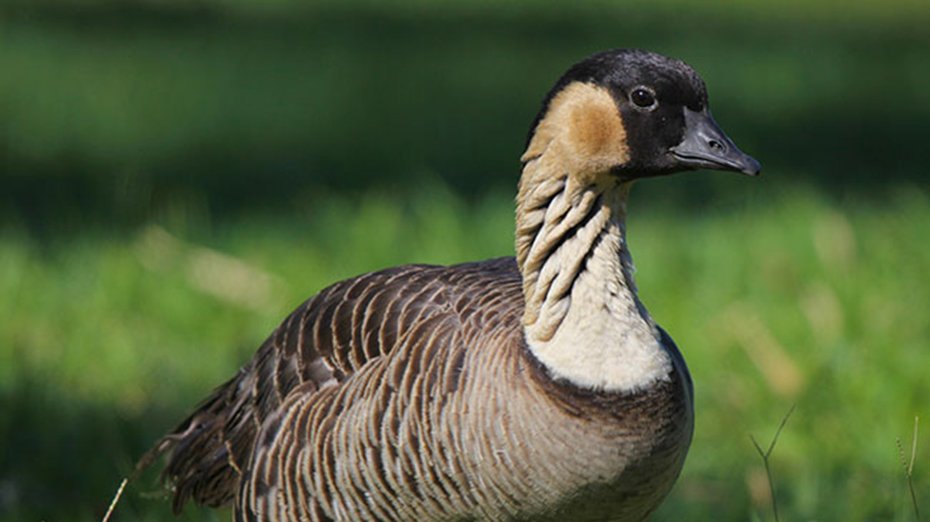 The official state bird of Hawaii is the nēnē, also known as the Hawaiian goose. This species of goose is thought to have evolved from the Canada goose which likely arrived on the Hawaiian islands about 500,000 years ago. Found only on the Hawaiian islands, these protected birds are quite a sight to behold. With long necks, black heads and golden cheeks it’s quite clear that we’re not the only ones getting a tan! They can be viewed anywhere one can find large open grassy areas, such as golf courses and fields. In particular, nēnē can be seen fluttering along the 18-hole golf course at Kukui‘ula, up in the mountain grasses of Koke’e and in local backyards grazing for food. 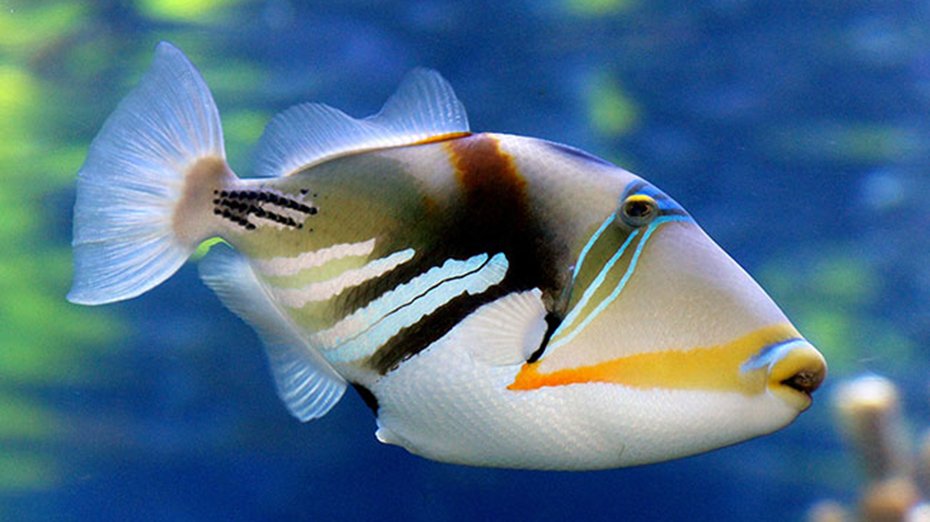 The official state fish of Hawaii is the reef, rectangular, or wedge-tail triggerfish. Also known by its Hawaiian name, humuhumunukunukuāpuaʻa (pronounced humu-humu-nuku-nuku-apua-ah) or just humuhumu for short. Locals joke that the name is longer than the fish itself! The word translates into “triggerfish with a snout like a pig.” It is one of several species and can be found in saltwater coasts off many central and south Pacific Ocean islands.

They are known for being able to rapidly alter their coloration from bright and vivid to dull and drab, depending on their health and whether or not they’re feeling threatened. They’re also known for being rather feisty which explains why they are often found alone. They can be seen most places off the coast of Kaua‘i. In particular on the south side: Po‘ipu Beach Park, Maha‘ulepu, in front of the Sheraton Hotel and out front of the Beach House restaurant (near Kukui‘ula). 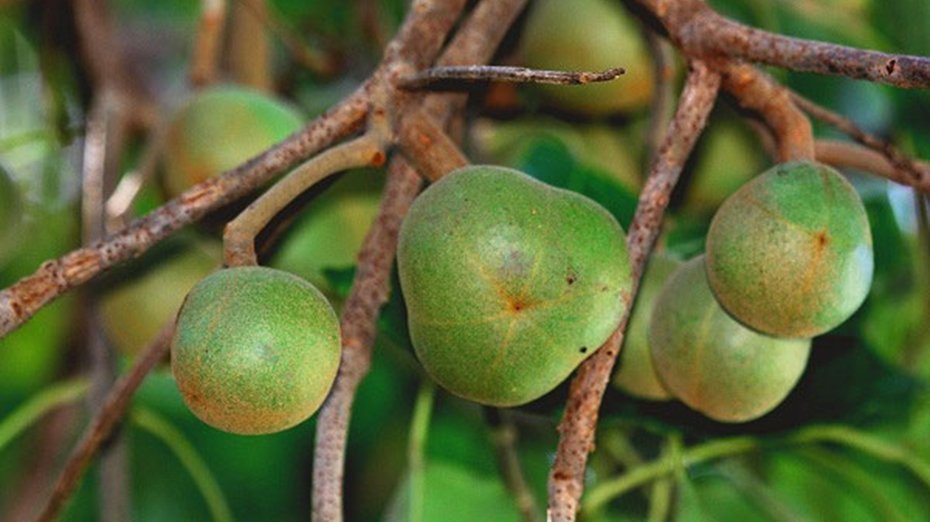 The nuts, with high oil content, were originally used to produce light. kukui would be lined up on a coconut frond, and as one burned another would be lit. The nut was also burned in coconut shells or a lava stone oil lamp to bring fisherman home from the sea. Other properties this special nut offered were ink, varnish, medicine, dye and wood for canoes. An urn that held kukui oil still stands at Kukui‘ula today! The trees themselves can be seen across the island, just look for the tell-tale pod. 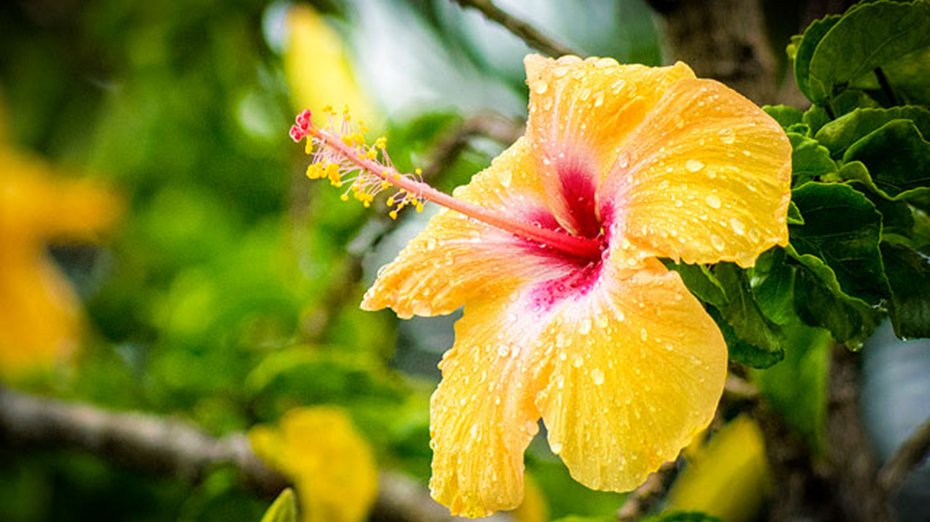 There are several known species of Hawaiian hibiscus, however the yellow hibiscus is Hawai‘i’s official state flower. These can be seen virtually everywhere. Along roads, outside shops, lining the perimeter of homes and other businesses. Not to mention near beaches and woven along hiking trails. Don’t forget to tuck one behind your ear! A fun fact about wearing flowers on Hawai‘i is that if you wear a flower behind your left ear, it means you are taken, while wearing one behind your right ear means you are single. 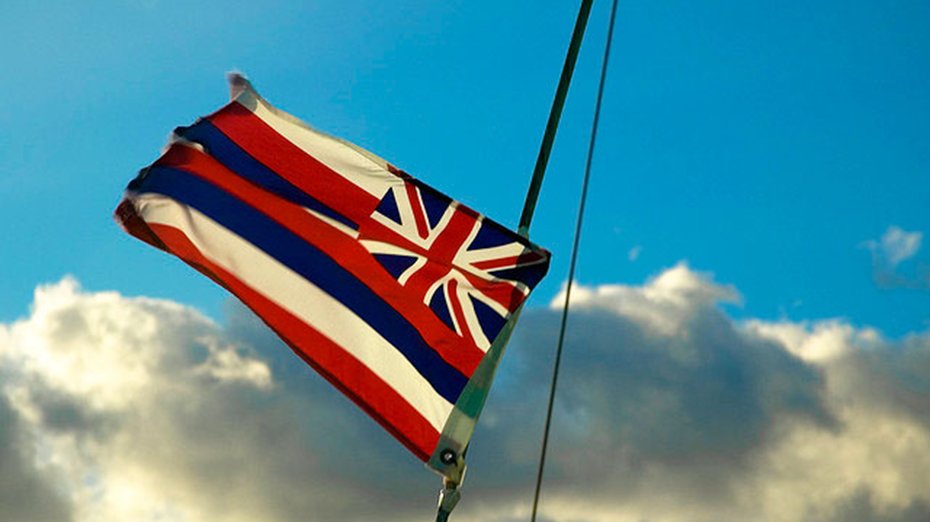 Before becoming the 50th state in the United States, Hawai‘i was once an independent kingdom. Hawaii’s flag was designed at the request of King Kamehameha I. It consists of eight stripes of red, white and blue that represent the eight main islands. The flag of Great Britain is adorned on the upper left corner to honor Hawaii’s friendship with the British. Today the old flag of Hawaii can still be seen around the island, hung with respect to days gone past.

Hula was developed in the Hawaiian islands by the Polynesians who originally settled there. A complex visual dance accompanied by chant (oli) or song (mele). This type of dancing includes many hand, foot and hip motions to represent the words in a song. The teacher of hula is called the kumu hula (kumu meaning source of knowledge or teacher). Hula is traditionally taught in groups called hālau. Where to see some good old-fashioned hula? Local resorts and dining establishments are known for providing nightly Hula as entertainment. Simply take a moment to search online for hula shows near you, and you will not be disappointed! 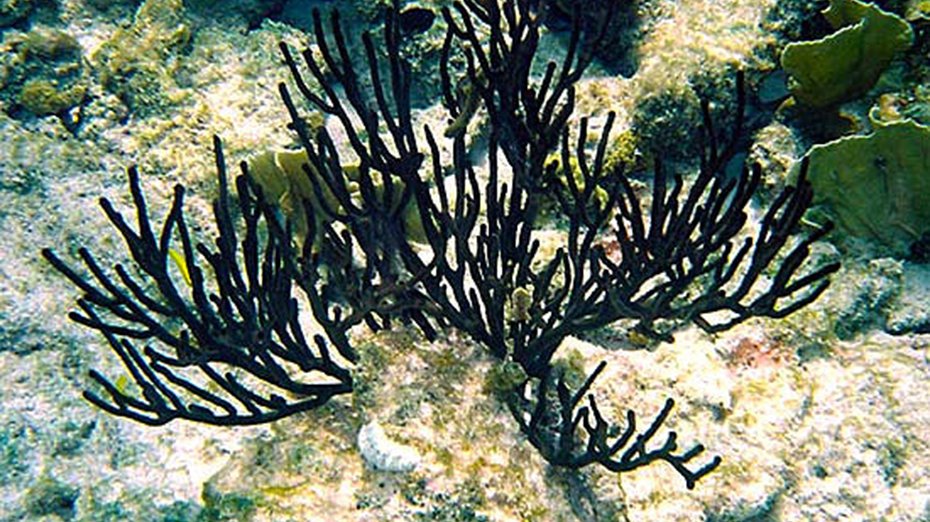 Black coral is a tree-like coral that typically occurs in the tropics. Related to sea anemones they can be found in deeper waters. They best way to see them would be while scuba diving or snorkeling off the coast of Kaua‘i. A protected species, this type of coral is still sought after for use in jewelry and carvings. 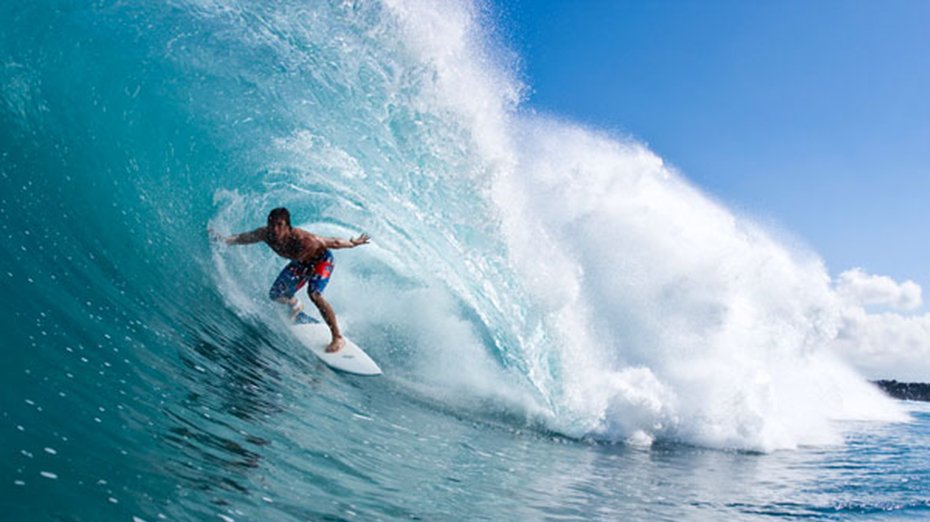 No surprise here, the state sport of Hawai‘i is surfing! With our endless sunshine, warm water and seasonal swells, this island attracts hundreds (if not thousands) of new surfers every year. During the winter months the North Shore is known for its impressive swells off Hanalei Bay while in the summer months, southern areas like Po‘ipu and the West Side are extremely popular. 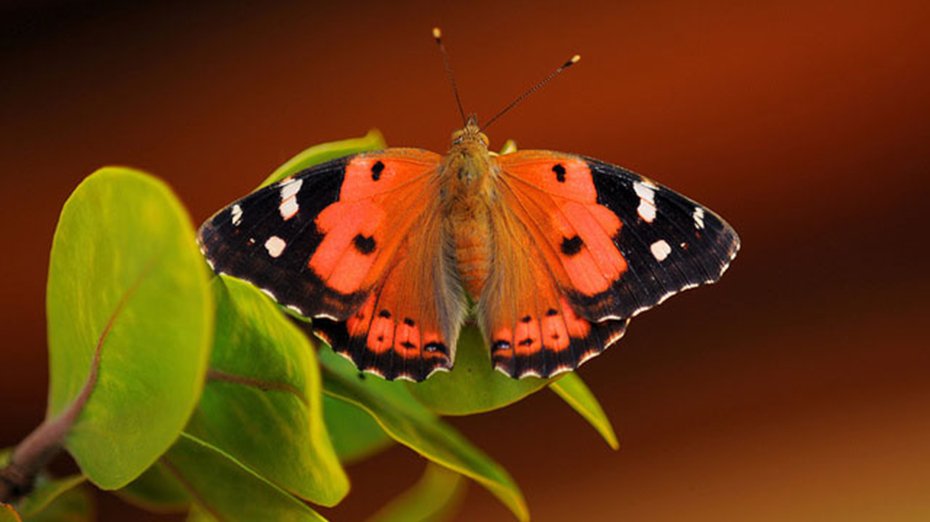 The state insect of Hawaii is the Kamehameha butterfly (also known as Pulelehua). Pulelelhua roughly translates to “floating flower”. A combination of the Hawaiian words pulelo “to float” and lehua, which is a type of native flower. These butterflies are actually quite rare to see these days as local scientists have begun to see a decrease in population. They are continuing to research as to why this might be happening. 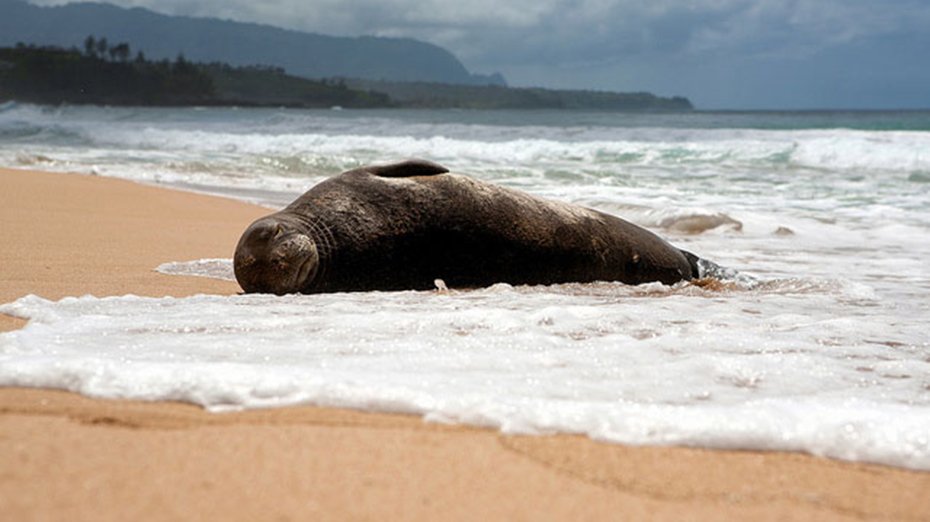 “These monk seals are a conservation reliant endangered species. The small population of about 1,100 individuals is threatened by human encroachment, very low levels of genetic variation, entanglement in fishing nets, marine debris, disease, and past commercial hunting for skins. There are many methods of conservation biology when it comes to endangered species; translocation, captive care, habitat cleanup, and educating the public about the Hawaiian monk seal are some of the methods that can be employed.” -Wikipedia

Monk seals can be seen lounging on the warm coastal sands all along the island. From the north shore to the South Side they scoot up on land to enjoy a nice nap in the sunshine. Local seal protection agencies often put up ropes and signs to keep a safe distance between visitors and the seals.

The humpback whale is a species of baleen whale. One of the larger species, adults range in length from 39–52 ft and weigh approximately 79,000 lb. The humpback has a distinctive body shape, with unusually long pectoral fins and a bumpy head. Males are known to produce a complex song lasting 10 to 20 minutes, which they repeat for hours at a time. These whales are also great to watch firsthand as they playfully breach, blow spouts and and slap the water with their pectorals and tail.

At the end of summer, humpback whales begin to make the long journey from the cool waters of Alaska (where they spent their time feeding on small fish and krill) to the warm waters off the coast of Hawai‘i, where they mate and give birth. 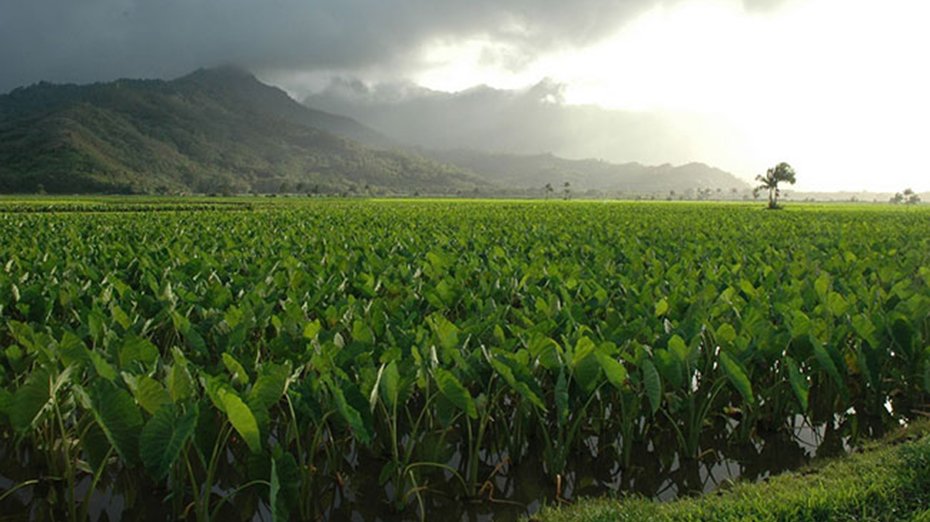 Taro (or kalo in Hawaiian) is a tropical Asian plant of the arum family that has edible starchy corms and edible fleshy leaves. It is a staple in the contemporary Hawaiian diet. Some of the uses for taro include poi, taro chips, and luau leaf. In Hawai‘i, taro is farmed under either dryland or wetland conditions. Taro is usually grown in pondfields known as loʻi in Hawaiian. You can see Taro being grown at The Farm at Kukuiula. 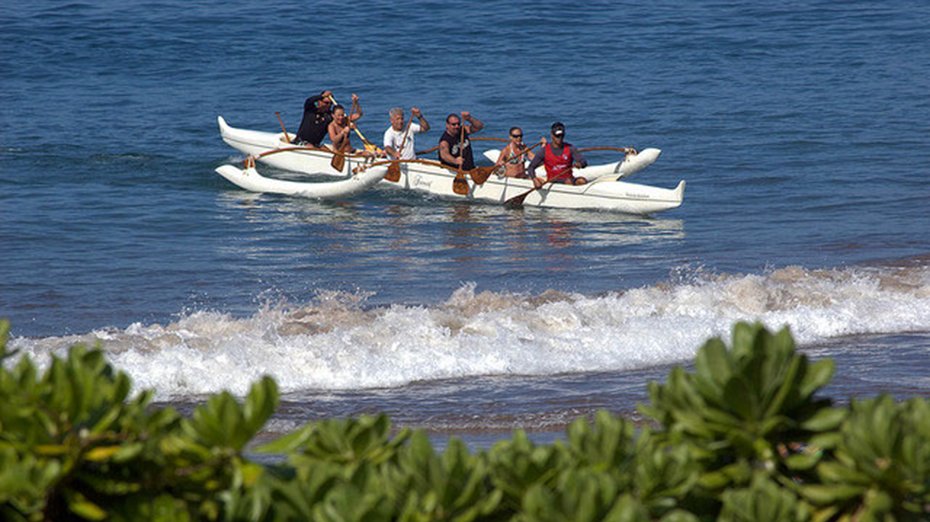 Outrigger is a popular sport in Hawai‘i, Tahiti, Samoa and New Zealand.
The canoe itself features one or more lateral support floats known as “outriggers” which are secured to one (or both) sides of the main hull. There are many variations of this from single outrigger canoes to double-outrigger and double-hull. They’re a huge part of Polynesian heritage and can often be seen practicing at sunset from the Kukui‘ula Beach Park.

Hawaii’s own true sons, be loyal to your chief
Your country’s liege and lord, the Alii.
Father above us all, Kamehameha,
Who guarded in the war with his ihe,

With our welcoming rainbows, delicious food and warm locals there really is no matter nickname!

Hawai‘i state motto: “Ua mau ke ea o ka aina i ka pono” which translates to “The life of the land is perpetuated in righteousness”

Hawai‘i is proud of its historic past and cultural diversity, as both have shaped the way the islands function today. Of course visiting the islands is the easiest way to experience this first hand! So what are you waiting for?